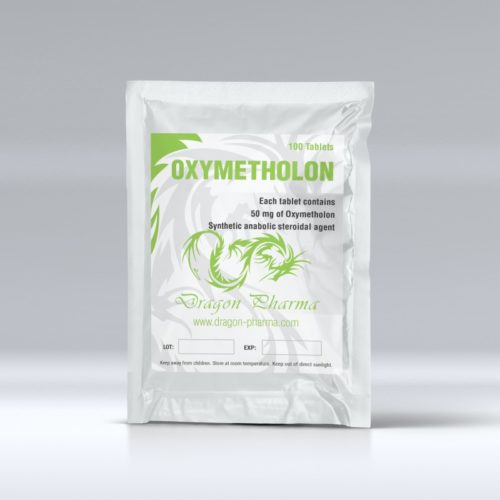 Oxymetholon (also known as Oxymetholone) is an anabolic steroid that was developed in the 1960s by Syntex Pharmaceuticals. Like any steroid, Oxymetholon was a drug and was prescribed for the treatment of osteoporosis and anemia, as well as for stimulating muscle growth in malnourished and weakened patients. Oxymetholone has been approved by the FDA for use in humans, which subsequently affected the use of this drug in bodybuilding.

Previously, it was believed that when using the drug on cycle, a large amount of mass comes to water retention in the muscles. At the same time, approximately from the middle of the last decade, professional bodybuilders began to actively use Oxymetholone in precompetitive training. At the moment, Oxymetholon can be used at any time, and the growth of mass will be exceptionally clean, without any excessive water.

To understand the work of this drug, California scientists conducted a series of experiments, they resorted to tests on participants. As subjects of study, men aged 65-80 years were chosen – this choice would most clearly emphasize the merits of the studying this drug, if they were found, and also exclude the influence of external factors (in all subjects, the level of their own Testosterone was below the norm). Another important point: the subjects did not train at all (thus eliminating another side-effect). The protein intake was 1 g per kg of body weight.

Oxymetholon in the world of bodybuilding is a very popular drug, it is used by all “top” athletes in pre-competitive training, and their result has never failed. It adds not only your muscle mass, but also gives you such a charge that any training runs smoothly and smoothly. Some people use it during the so-called cutting period when athletes needs to burn their extra fat.

Like any anabolic steroid, this drug contains side effects, since it is oral, then the drug is very much affected by liver. It is not recommended to increase the dosage, because your liver can easily earn liver cirrhosis or a malignant tumor.

The average duration of Oxymetholon cycle is 4 to 6 weeks. If the course lasts longer than 6 weeks, you need to know that the greatest results are observed during the first three weeks of the course, and secondly, because of the possible toxicity for the liver.

The maximum easily tolerated dosage of Oxymetholon is 100 mg per day. Increasing the dosage will not lead to a quick result, or to building more muscle mass, but on the contrary will cause side effects. The optimal dose for beginners is 50 mg per day. In this case, there are a number of regimens, daily dosages in which reach 200 mg.

Exit from Oxymetholon cycle: 2-3 days after the completion of the course, you need to start taking Tamoxifen, at a dosage of 20 mg for 2-4 weeks. By the last week, the dosage is reduced to a complete cancellation. To maximize the effect and preserve the obtained muscular mass, it is recommended to take sports nutrition and follow a special diet. Also after the cycle, it would be useful to drink Testosterone boosters.