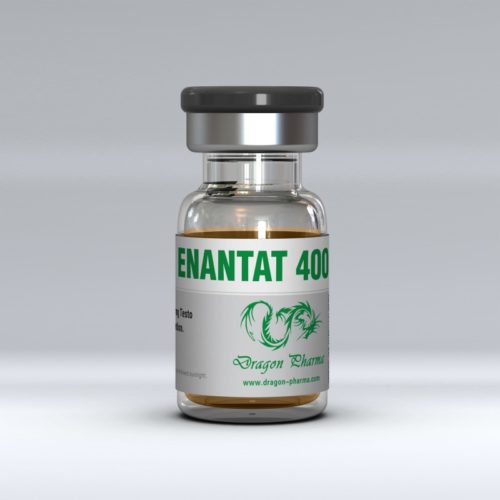 Enantat 400 is chosed by many bodybuilders – it is really a popular steroid that has 100% impact in both androgenic and anabolic (compared to Testosterone).

This ester decomposes more slowly than other derivatives of Testosterone and its effect on the body is somewhat different.

Enantat 400 is good for building quality mass long before the competition, because it is displayed longer than other AAS.

In our body this substance is produced independently, but is in an inactive form. To make the muscles “work” and remove the effect of overtraining, it’s just worth to buy Enantat 400. It is suitable for powerlifters who rely on mass, and bodybuilders for cosmetic purposes – the formation of a characteristic appearance with muscular movement and lack of fat.

Enantat 400 is purchased by weightlifters, who are constantly dealing with a high load. This drug positively affects the condition of bones and joints, strengthens the spine, eliminates pain in the back, shoulders, knees.

Depending on purposes of bodybuilder, a certain scheme of reception is developed. It is highly recommended that you prepare an AAS course with a specialist. Enantat 400 is sold in many trusted online stores.

Dosage starts at 400 mg. Side effects in women appear more often – their body may not be ready for this amount of Testosterone. Given the aromatization, Enantat 400 is often used with anti-estrogen. Not necessarily from the first week of the cycle, but from the moment of the appearance of characteristic signs of estradiol surplus.